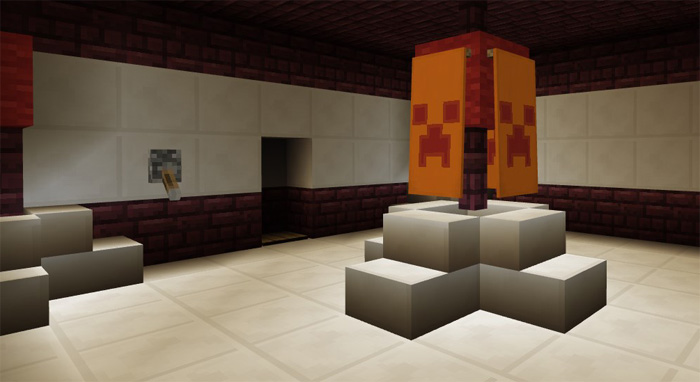 The Towers is a multiplayer minigame with two different teams. The team bases are separated by some air and a few towers. The main objective for each team is to invade the other team’s base and destroy some glass blocks. If they achieve doing that then they are the winning team.

To start a game both teams must toggle the lever in their individual lobbies. Once that’s done a countdown starts and then the doors to the battle arena open.

There are two different bases and they are separated by some towers and lots of airs. Players have to use the resources found in their bases to build their way to the other team’s base.

The ultimate objective for each team is to get to this area (as seen down below) and destroy the glass blocks. If you manage to destroy all three then your team is the winner.