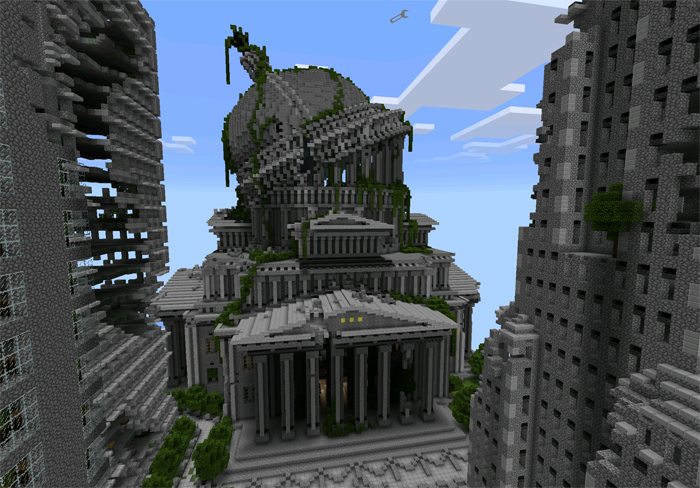 The Ruined City is an incredible city but with a spooky feel to it as by its appearance looks to have been abandoned a long time ago. Perhaps an apocalypse of some sort happened which caused the habitants of the city to escape or maybe it was just once abandoned for whatever reason and has since then been long forgotten.

It’s most likely a port from the PC version of Minecraft as it’s existing in an old world type (meaning, it’s limited by 256×256 in size) and parts of the world don’t seem to belong to the actual city. This obviously makes it less playable but the creations in the map really was just too incredible for us not to write about it.