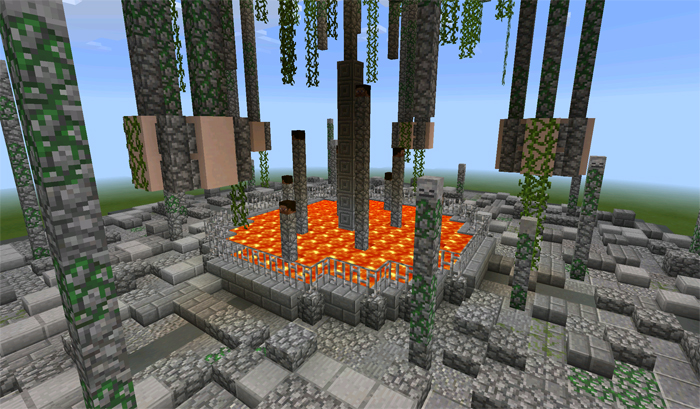 Rumble Ring is a small PvP map which can be played by 2-4 players. The goal is to be the last man (or woman) standing. It’s allowed to team up with others as long the competing team has an equal amount of players. The map is split up in two arenas. The second arena is the hidden one and can be found underneath the first arena. Just dig straight down to access it, but make sure you don’t fall into the lava.