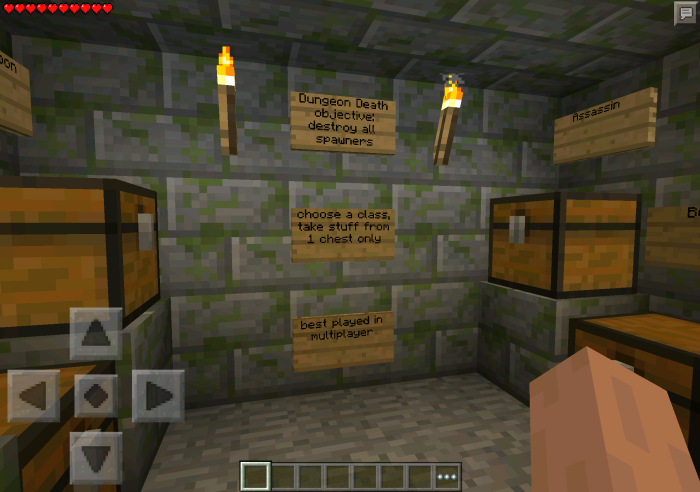 This is a multiplayer map requiring several team members (at least two). Each team member will be setup with his own task and will have to base his next decisions on that.

It’s a fun survival map where the players work together to fight mobs and destroy the mob spawners to win the battle.

Get everyone in your group to pick a class each. Each class should grab the gear that’s find in the chest at spawn.

Explain to each team member what their type of character class is supposed to do:

Break the glass at spawn to get to the mob arena and start trying to destroy all the mob spawners to win the battle and take out all mobs.

Make sure to keep each of your classes’ objectives in mind and focus on teamwork.