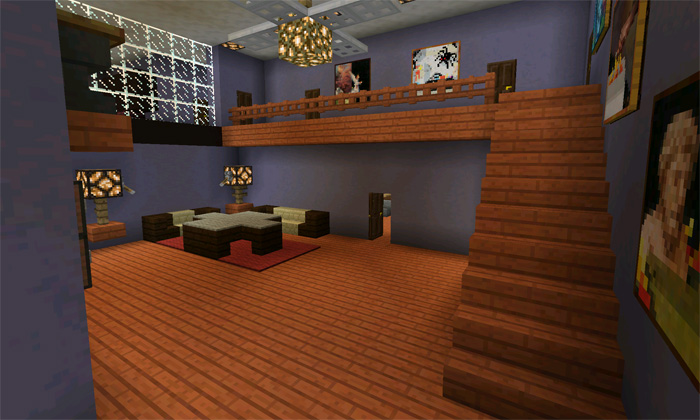 Who’s Your Daddy? is a minigame based on the popular PC game which have been played by several popular YouTubers such as PewDiePie. In this minigame you will need at least two players. One who will act as the baby and the other who will act as the clueless father trying to do his best to keep his baby alive for as long as possible.

To be able to play the minigame you will need at least two players. Here are the objectives for each player:

Once both players have read the rules and instructions of the map and entered the house then the minigame begins.

There are multiple dangers scattered around the entire inside and outside of the house. Take for example this dangerous staircase.

And you don’t want your baby getting his (or her) hands on any of these items. Make sure to remove those quickly before it’s too late!

Our suggestion is to set a 10-15 minutes timer before the game ends. If the baby is still alive and well by then then the daddy has been successful.