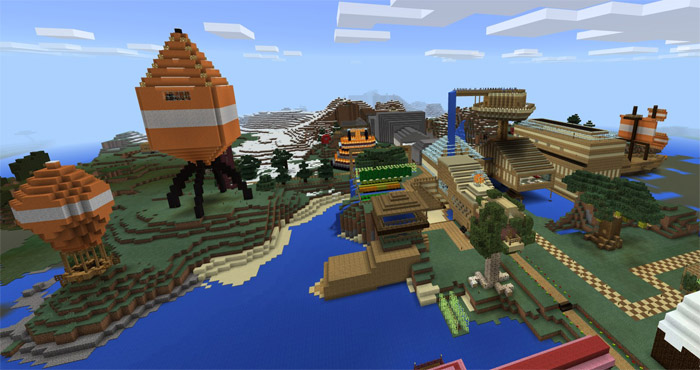 Stampy’s Lovely World is created by Stampylonghead who is one of the most popular YouTubers in the Minecraft community. Here you will find lots of shops, restaurants and other weird structures which have been featured in Stampy’s videos. This was originally created by some fans for Xbox but has now been ported to Pocket Edition as well.

It might not be 100% up-to-date, but it’s better than the world we previously had available here!