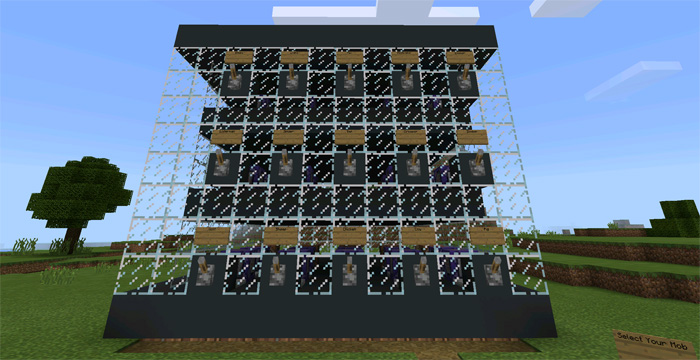 This is a really clever command block machine which you can use to morph into 15 different life forms. All you’ve got to do is to pull a lever and you will in an instant shapeshift into something else. All of it is just a trick though and you aren’t actually another animal, even though it very much looks like it.

Pull any of the levers to morph into that animal. It’s all done by command blocks so for it to work it’s necessary that you stay within a certain proximity of the machine.

You’ll get an invisibility effect and the mob which you chose will dragged along wherever you walk. This gives the illusion that you have morphed into another life form.